The pioneers in the study of translation and interpreting

Studying human translation had, in fact,started to attract attention as a way to pin down MT difficulties. In 1958,Jean Paul Vinay & Jean Darbelnet published Stylistique comparée du français et de l’anglais. In 1963, Georges Mounin published Les problèmes théoriques de la traduction. In 1964, Eugene Nida published Toward a Science of Translating and in 1965 John C. Catford published his equally seminal book. Alexander Ludskanov publishedPrevezhdat chovekt i machinata (‘human and machine translation’) in 1967. Traces of MT perspectives and the information-processing paradigm of cognition can be found in all of them—e.g., in Vinay & Darbelnet’s “strategies,” in Nida’s description of the translation process, in Catford’s understanding of translating as linguistic substitution, in Mounin’s discussion of language universals, and in Ludskanov’s notion of invariant information. 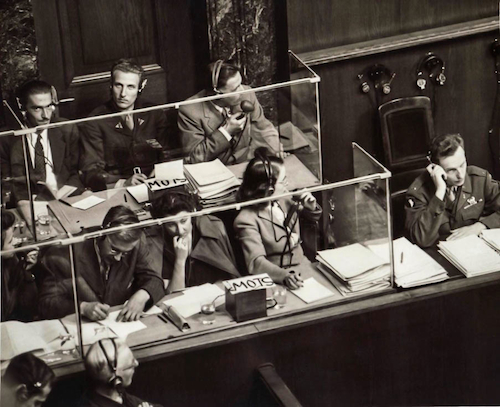 Most of these pioneers were psychologists or psycholinguists, likeRichard W. Brislin, Ghelly V. Chernov, Frieda Goldman-Eisler, Everdina A. Lawson and Anne M. Treisman. In general, simultaneous interpreting was for them but a peculiar task to trigger differential effects, and even language was deemed a secondary study topic when compared to message processing, attention and memory. Their efforts focused on manipulating a variable in the input (e.g., speech delivery rate) and then watching its effects on the interpreters’ output (e.g., input segmentation, EVS, pauses).

The work of these pioneers would later attract criticism from a group of professional interpreters turned scholars—the “practisearchers”—who dismissed the work of “outsiders” from psychology. Although it is true that the main interest of these “outsiders” was not simultaneous interpreting per se, their contributions were by no means negligible. For instance, based on the information-processing paradigm, Gerver (1975) laid down the first model of simultaneous interpreting. As a whole, these pioneers set the pace for the following generation of empirical conference interpreting researchers.

Meanwhile, in 1968, Otto Kade, a teacher of Russian and self-trained conference interpreter, defended the first PhD dissertation on translation in (East) Germany, Zufall und Gesetzmäßigkeit in der Übersetzung (‘Chance and regularity in translation’). In it, Kade described interpreting as a special kind of translating where the target language output is produced under time pressure because the original cannot be re-accessed. In doing so, he tied translation and interpreting into a single discipline.

Kade also shifted the referential framework from psychology to linguistics. Since Chomskyan linguistics was about the language system and only considered perfect speakers-listeners in perfect communicative situations, empiricism was unnecessary. Very much in the MT tradition, Kade described equivalence in terms of correspondence between lexical units from two languages (or lack thereof). These moves paved the way for the first two major cognitive frameworks in the discipline: the Leipzig School and the Paris School.

I have only attempted to describe some of the information handling properties of a mechanism that can cope with a number of tasks at once, and I’ve suggested that, though some aspects of the task may be carried out sequentially, the task as a whole must involve some degree of attention sharing. I’ve also tried to hint at one or two of the properties of the linguistic analysis involved. There has not been time to mention, more than in passing, motivational and situational aspects of simultaneous interpretation. It is I hope a beginning, and certainly I would not agree with those interpreters who say you have to be one to know one, for just as I think the interpreter’s skills can tell psychologists much about such topics of psychological endeavour as memory, attention, bilingualism, and the interaction of personality with task performance, so I hope that psychologists can eventually contribute to the interpreter’s understanding of his own skills.